Rolling Loud Los Angeles put together a special tribute for Juice WRLD (born Jarad Higgins) on Sunday night (Dec. 15). G Herbo, A Boogie Wit Da Hoodie, Cole Bennett, YBN Cordae, and more gave performances in memory of the 21-year-old Chicago artist, who passed away after suffering a seizure on December 8. During the tribute set, Juice’s girlfriend, Ally Lotti, came onstage to publicly speak on his death for the first time

Rolling Loud closed out their Juice WRLD Tribute with Lucid Dreams. all of Juice’s friends were present on stage and Ally took the spotlight.

“Hello, I just wanted to come out here and let everyone know that Jarad loved every single person that he helped on this earth,” Lotti said while fighting back tears. “He literally loved every single one of you guys. There’s not a time that he had showed me any different love that he felt for you. He wants everyone to know that you need to take any negative thing in your life—he would tell you every time he saw you—and change that to a positive situation. Change that to 999. You gotta keep that in your heart. Can everyone say 999?”

Juice Wrld’s girlfriend speaks out for the first time since the rapper has passed. 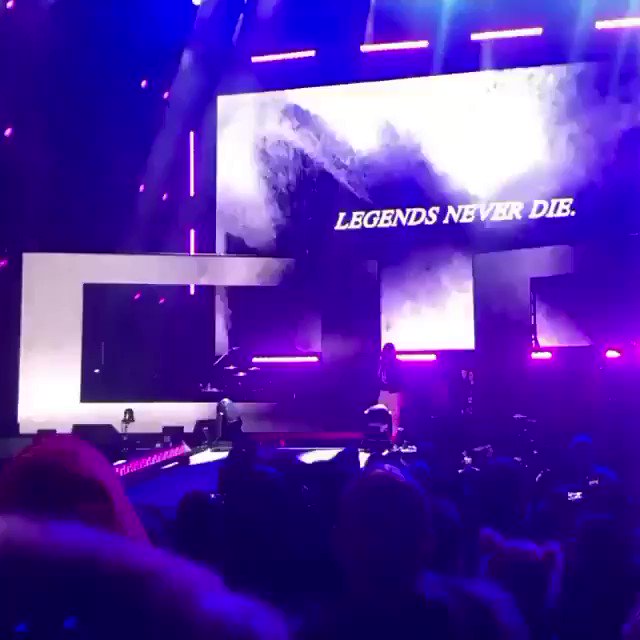 139 people are talking about this

Juice WRLD explained the philosophy behind 999 during an interview with Sway last year. “If you a person that believes anything that has any type of thing to do with the Bible – in the last book of the Bible it says that 666 is the mark of the beast, that’s Satan… 999 represents taking whatever ‘L’, whatever bad situation, whatever struggle you going through, turning it into something positive and using it to push yourself forward.”